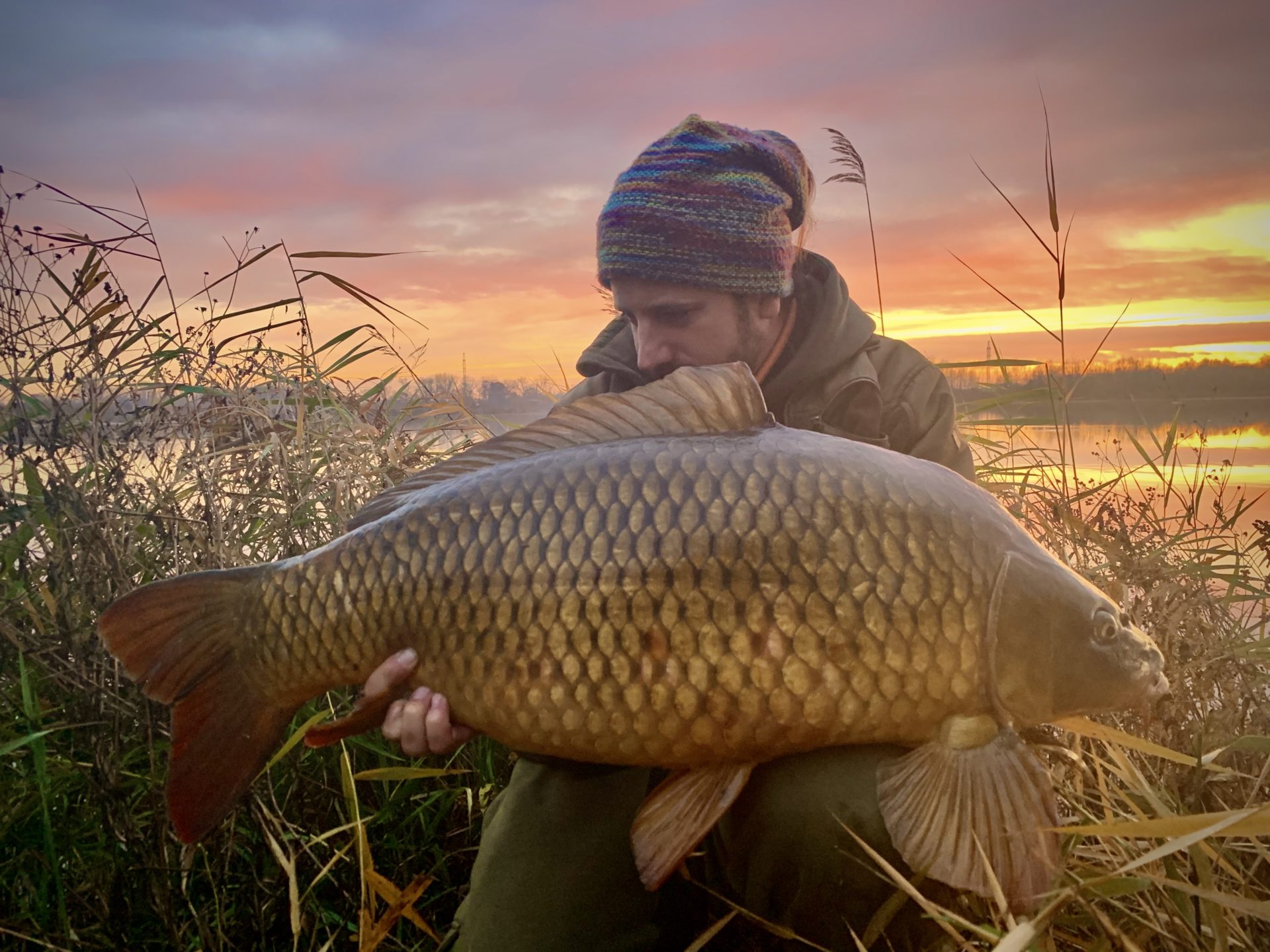 It is quite difficult for me to describe what carp bait and hookbait production means to me. Hardly a day passes without thinking about fish and their nutrition needs, digestion and all the stuff related to carp food. My hobby became profession which I enjoy very much. Maybe that is why I feel the urge to hit the road and discover unknown venues to find out more about carp habits and needs. I have been producing carp baits for more than 20 years. During these years I discovered several extraordinary, high-attractive ingredients. Most successful baits are natural and therefore we distil and extract most of our essential ingredients ourselves in our laboratory. Thanks to that LK Baits products are original, innovative and kind of personal. I am proud of our development department as not everyone is able to cope with my crazy ideas. You need to be damned fishing freak and fanatic to do so. Martin Hájek, head of our production team, is one of these freaks I like to share my ideas with. Boilies seems to be the most successful carp bait ever. I remember those past days when we were the first angles using boilies at some venues. We felt like discovering America by then. Boilies worked amazingly well, and we were catching like crazy! The difference between common baits and boilies was incredible. In the course of time it became necessary to improve boilies with fish meals, natural aromas, extracts and other additives. The boom of development and production of boilies was enormous and fast. Nowadays we catch fish consistently, not only small carps but also the big ones. Thanks to high-quality, non-trite ingredients. For many years, we have been working on creating not only a reliable bait but also new ones, original and more attractive for carps as well as more effective for carp anglers. It may sound presumptuous but who does not dream daring dreams, he hardly lives. 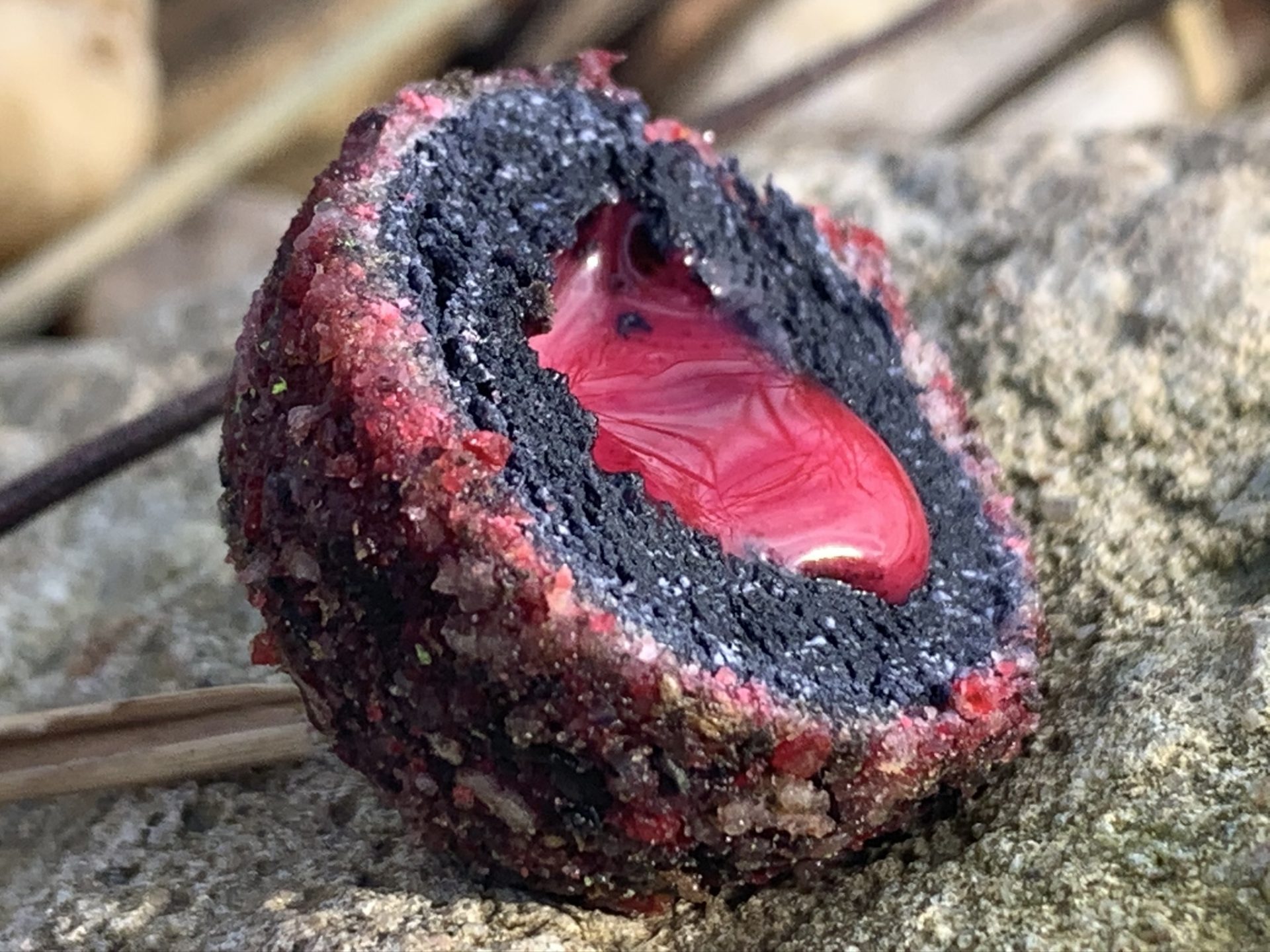 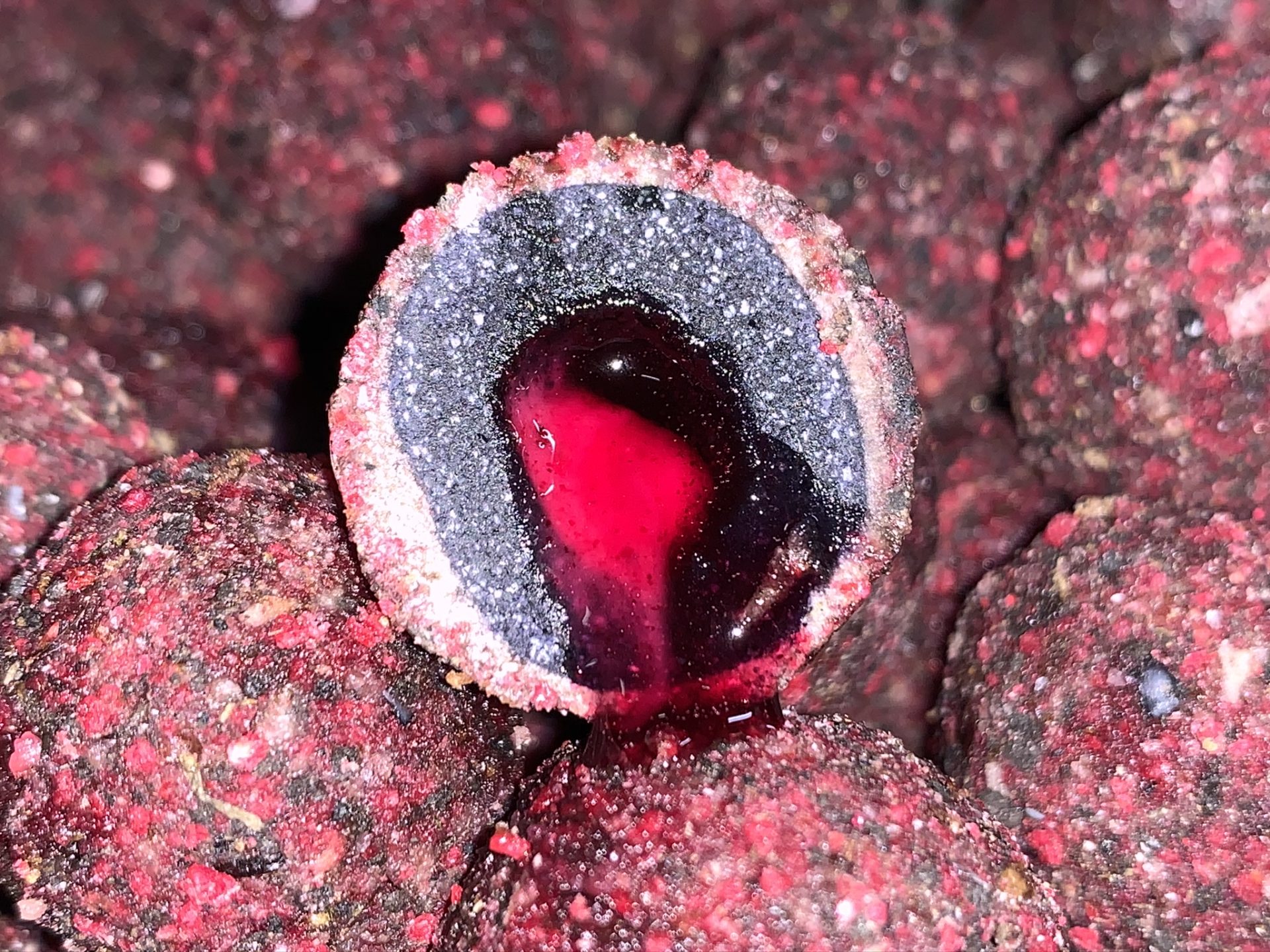 The LK Baits development team kept NUTRIGO secret for a long time. We postponed the release several times as this was obviously a big deal! We knew we have had a super-complex bait at our disposal with the potential to be even more effective than boilies and to shatter many venues! Our aim to balance all the marvellous ingredients, treat them carefully to preserve their quality and to create a bait which would meet all our requirements and expectations was almost impossible. We however managed to make our dream come true. I must confess that NUTRIGO exceeded our technical facilities and financial possibilities at the very beginning. NUTRIGO made us change our production and technology, took plenty of time during testing and balancing the ingredients to be most effective. Year by year we improved NUTRIGO and came closer to our final bait and target. Now, in 2020, NUTRIGO finally came up to our expectations and we dare to say that it exceeds the attractiveness and effectiveness of all carp baits currently available! 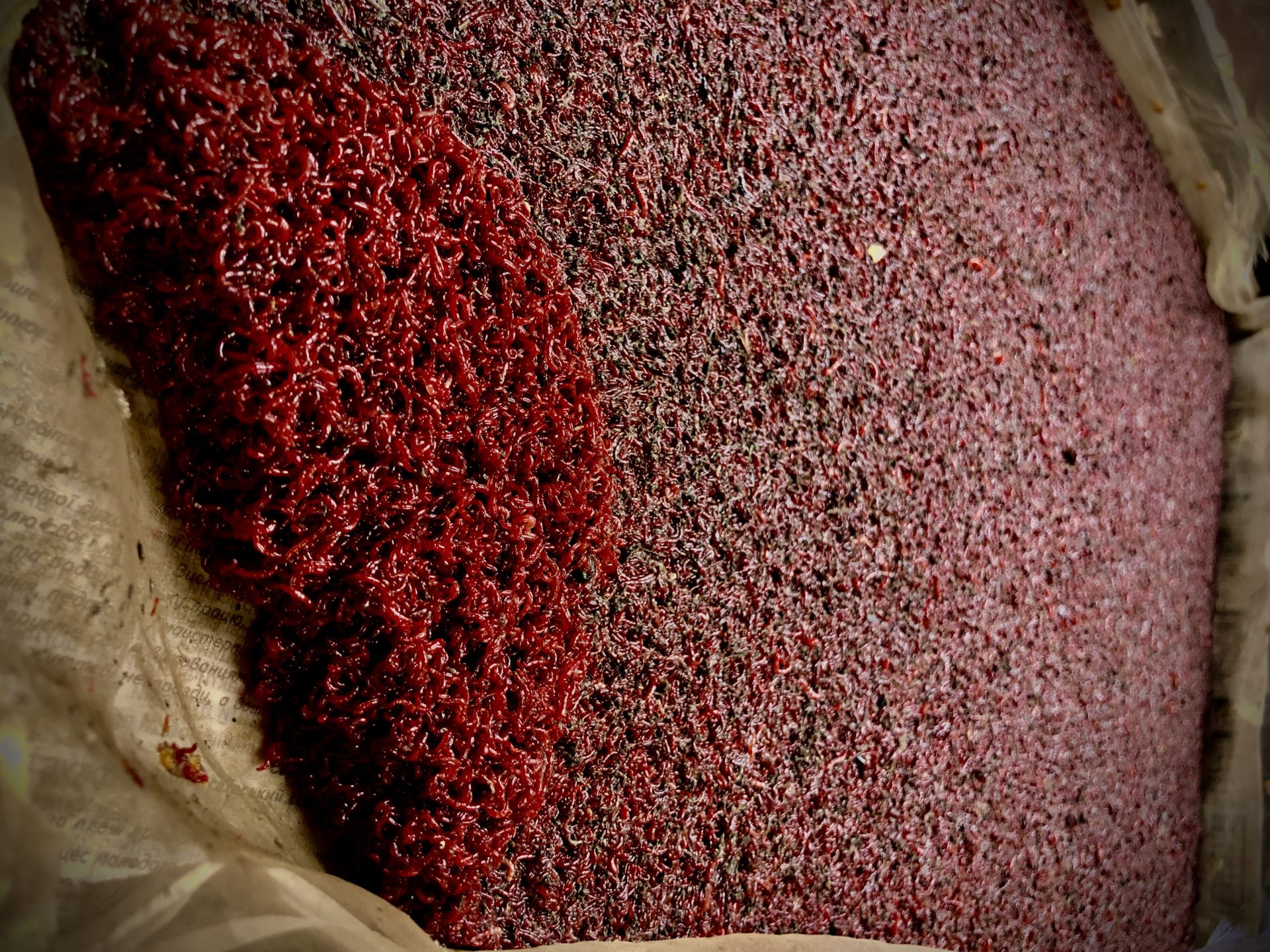 Fresh studs are an important raw material for NUTRIGO

Ladies and gentlemen, hold on to your rods. NUTRIGO is here!

Usage, benefits and features of NUTRIGO 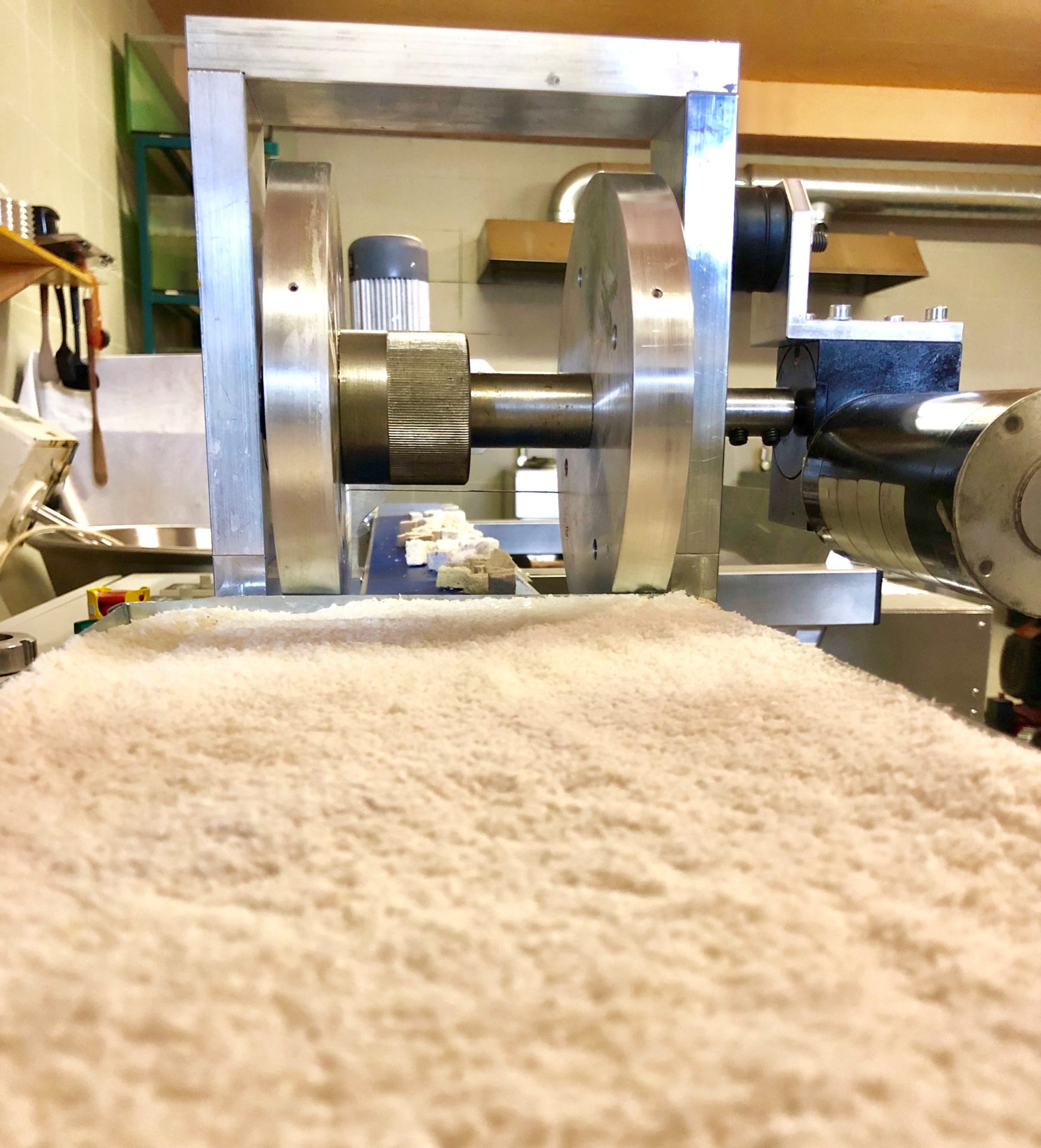 NUTRIGO is produced with a unique technology and cold-treated to keep the quality of ingredients used! 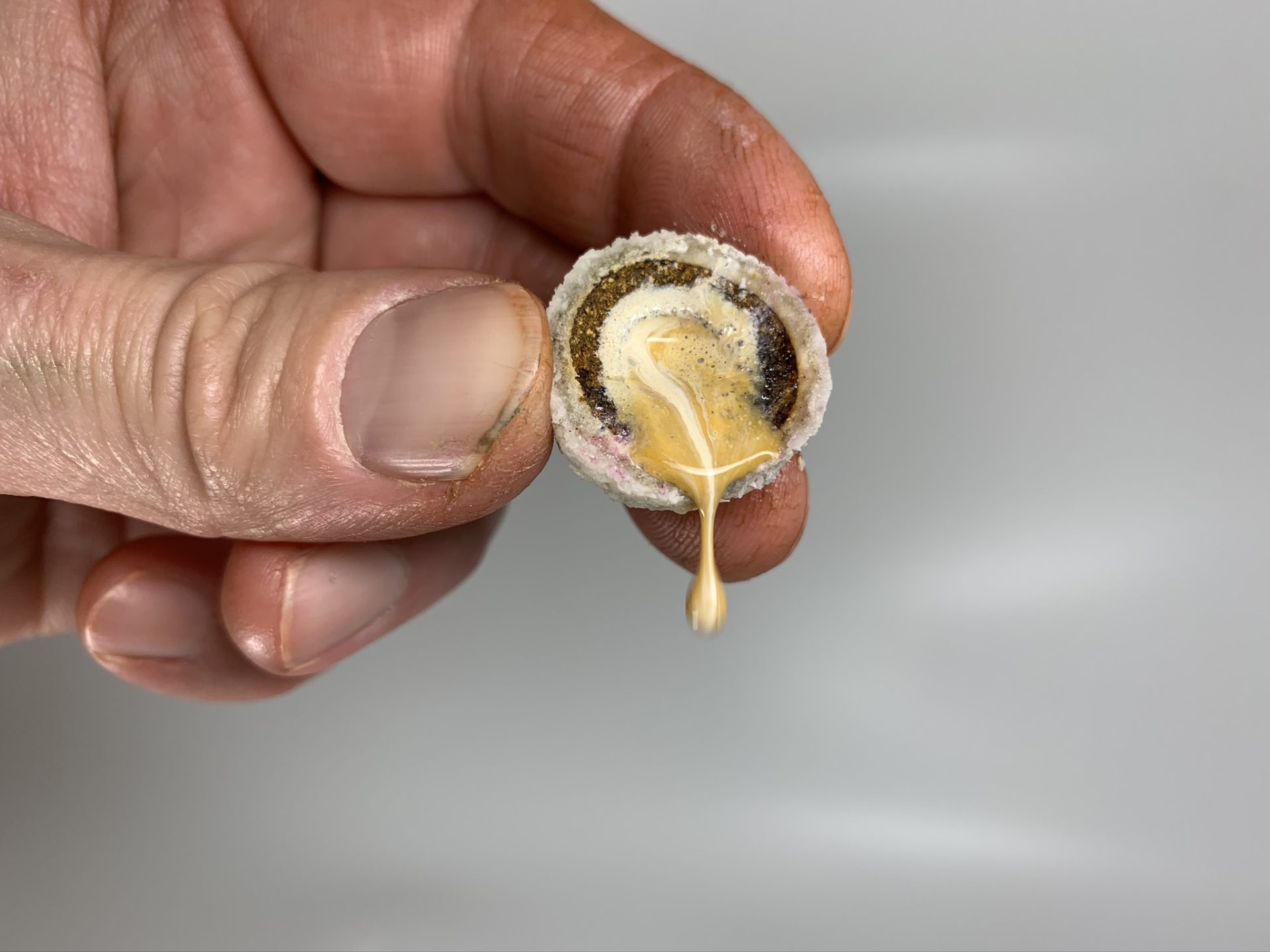 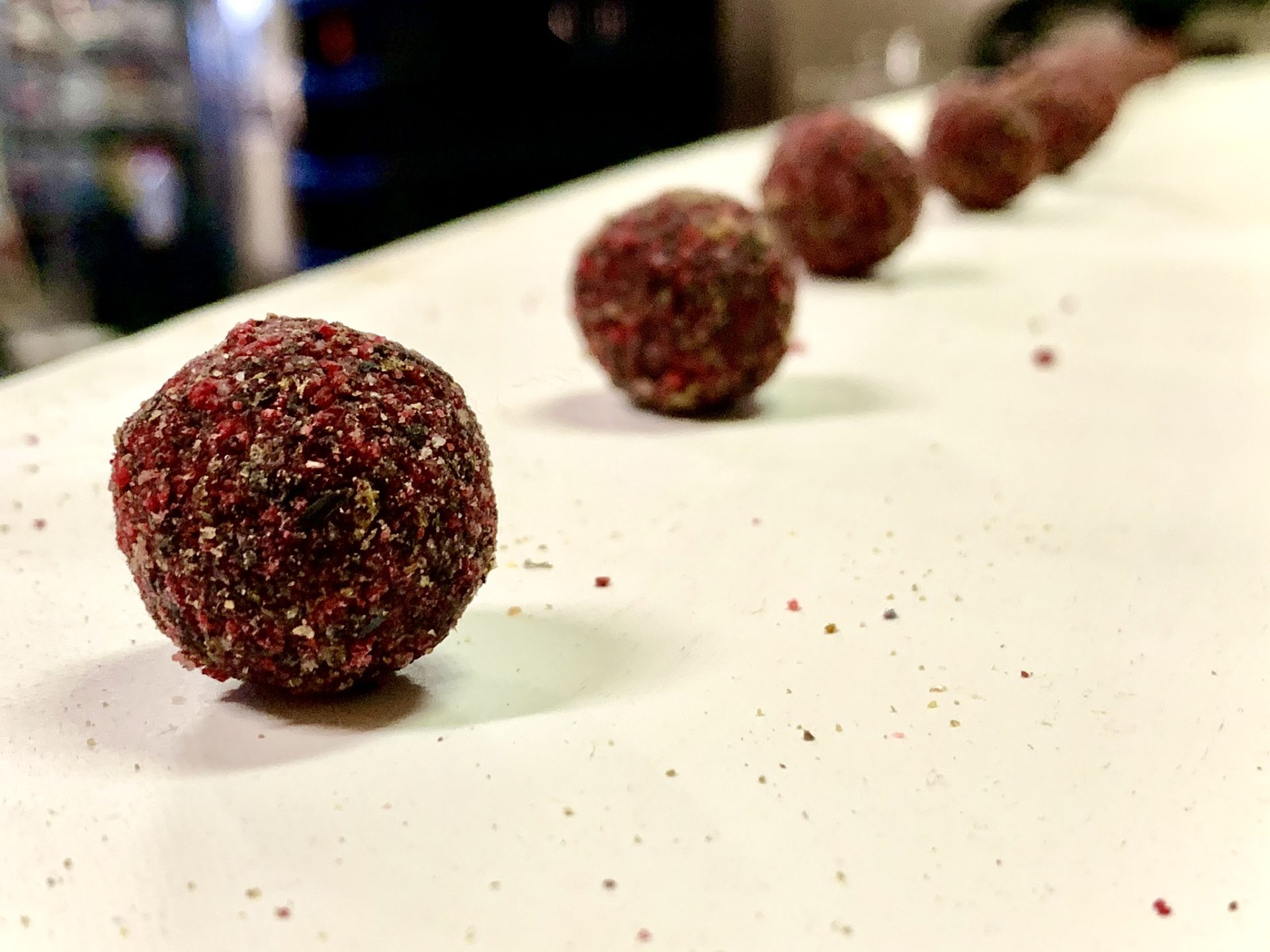 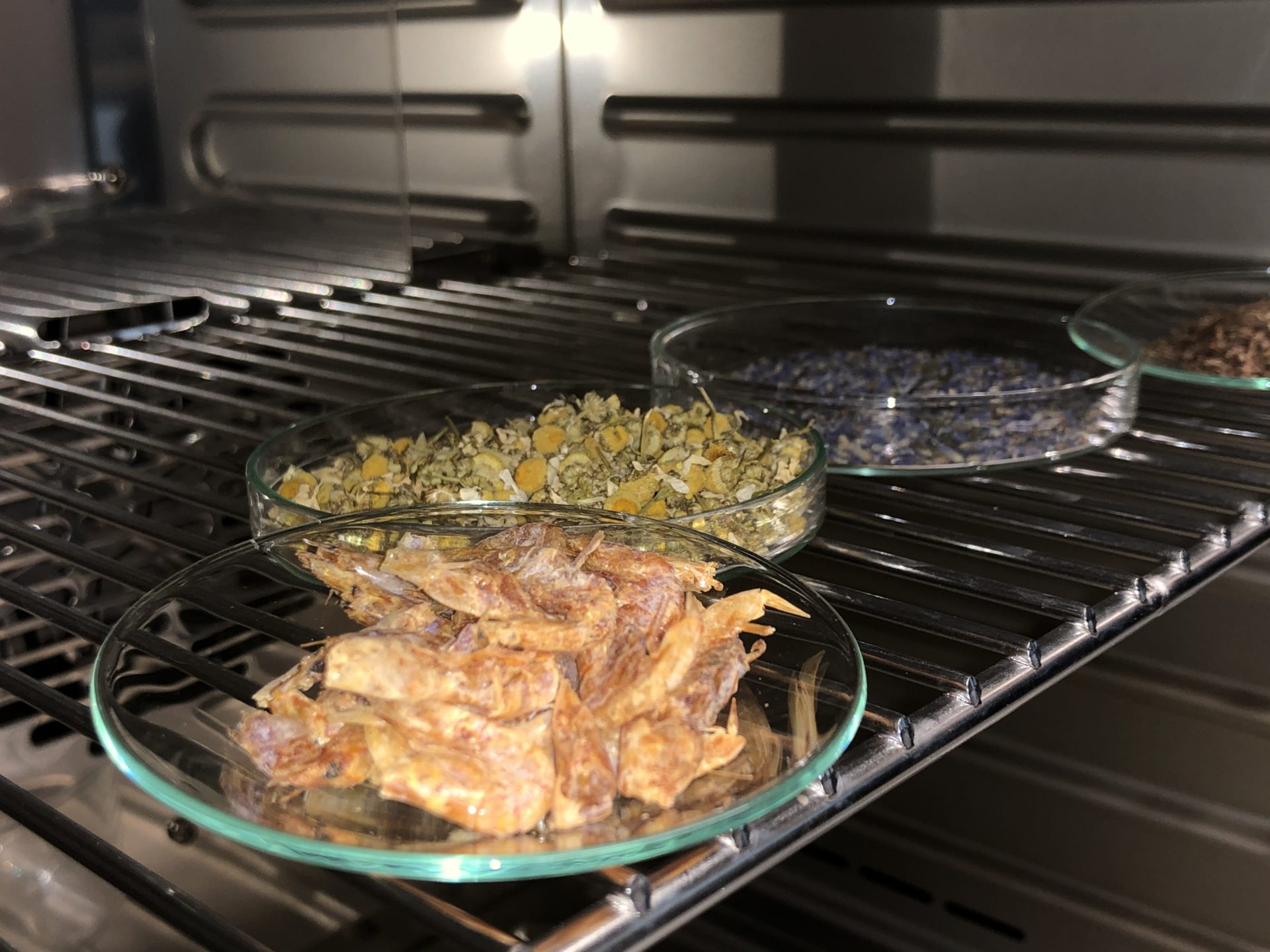 many freshwater fish adore the taste of living bloodworms. In our laboratory we extract the juice and irresistible infusion of the bloodworms, which we apply with our special technology into NUTRIGO and let react with other important ingredients used. NUTRIGO Bloodworm is perfect for venues with muddy lakebed but can be used successfully on all other waters as bloodworms are well established natural food source for carps. A handful of NUTRIGO releases same amount of food signal as several kilograms of living bloodworms!

We recommend using on its own or together with your proven baits with fish-meat-spicy base. Super effective in combination with Spice Shrimp. Year round effective.

Extract contained in one single bait equals 300 g of bloodworms. 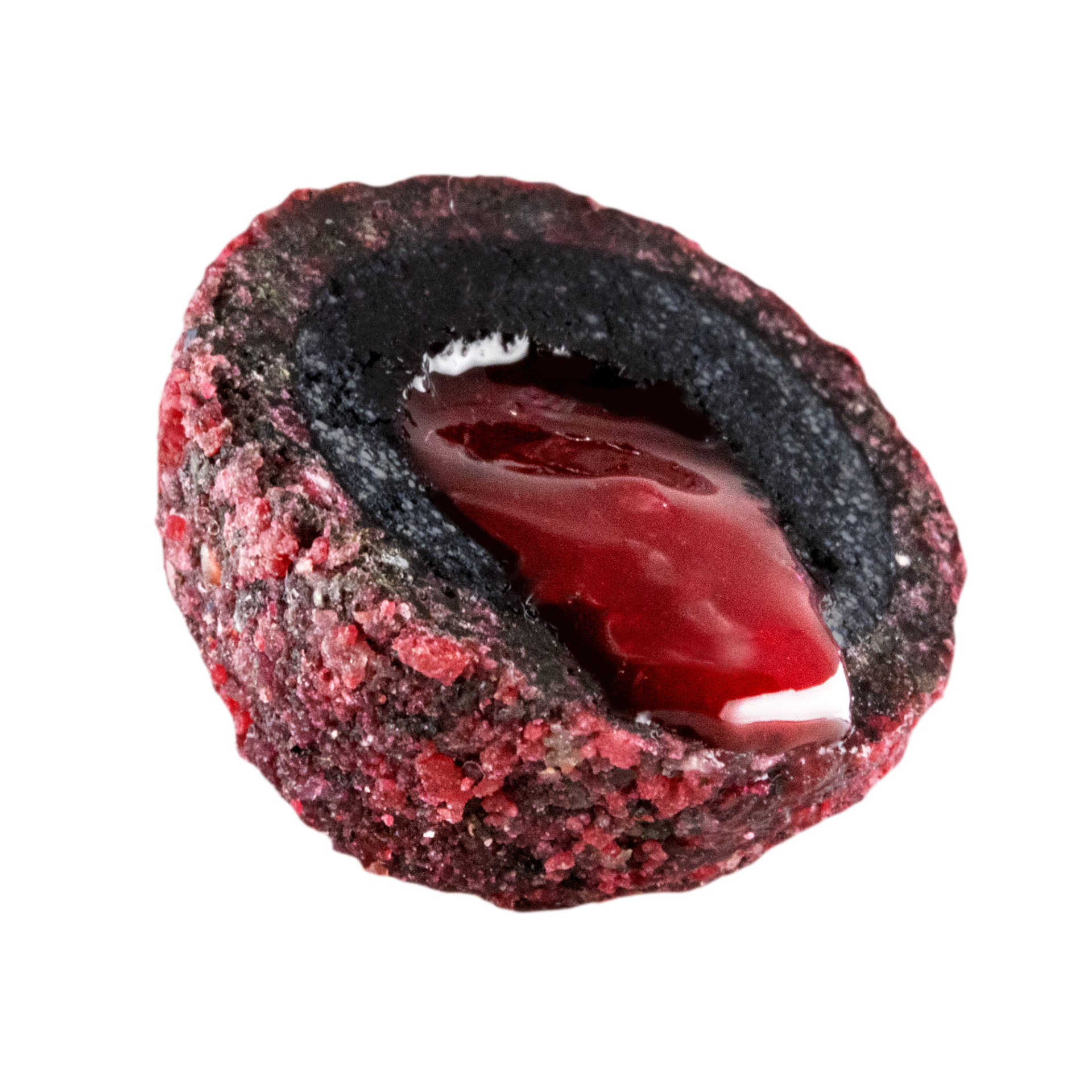 is a high-energy milk bomb made of whey proteins, chocolate, caramel, stevia rebaudiana extract and other ingredients. NUTRIGO Coco spreads a carbohydrate signal into the water column which carps find like high-energy food signal, especially during winter and in the spawning period. NUTRIGO Coco matures because of milk bacteria. This specific reaction attracts fish from far distances. Inside the NUTRIGO Coco there is an extract produced by slow, several-month-long extraction of coconut aroma into alcohol. 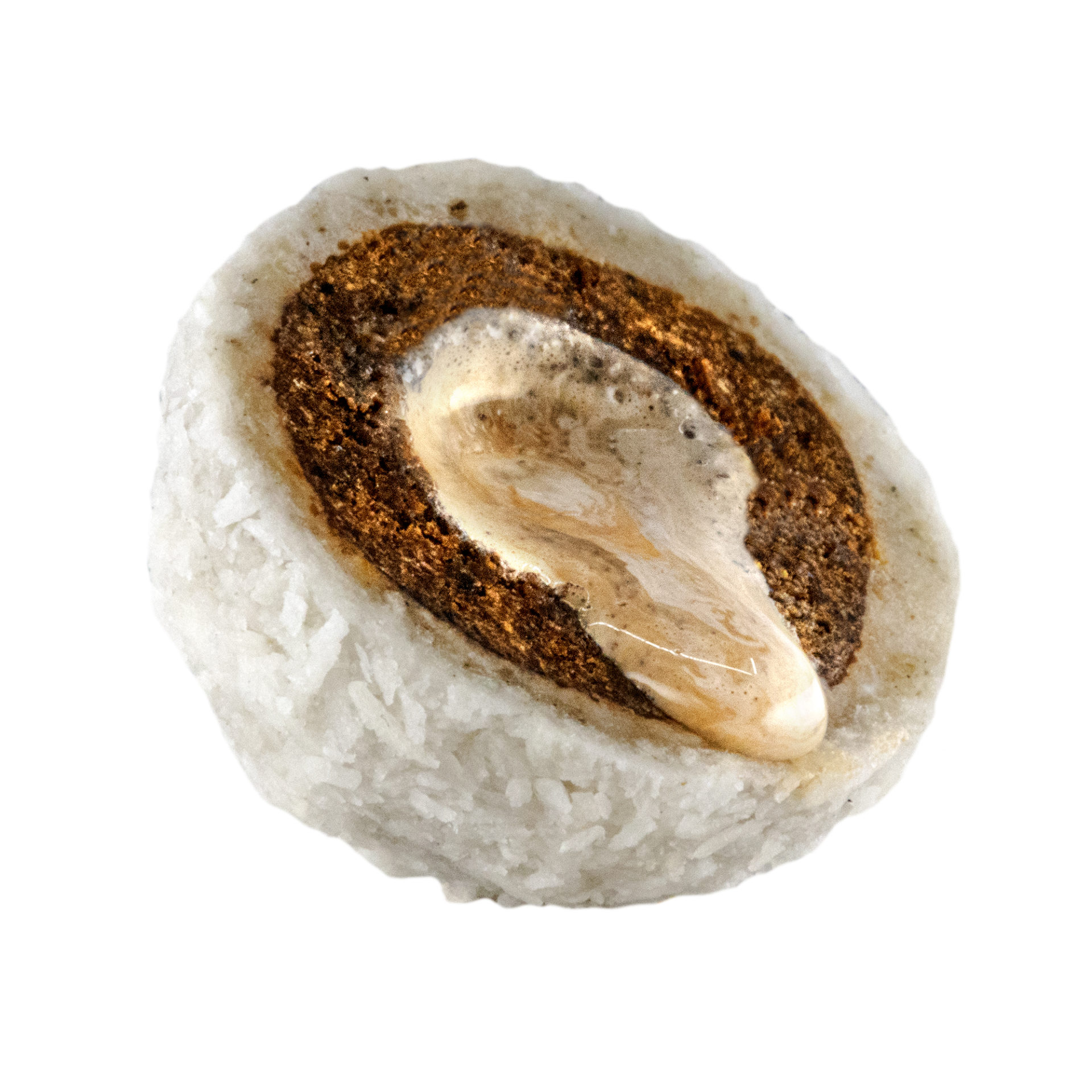 fruit flavours are responsible for thousands of carps caught around the world. What however happens if you use an extraordinarily highly-concentrated flavour of tropical fruit which changes the aroma while in the water thanks to various volatilities of its single ingredients? It is a universal bait for conditions when we need to promptly pull as many fish into the swim as possible. This tropical bomb enhanced with delicate mango oil is sure to lure carps reliably on any venue as they find it super exclusive and brand new.

We recommend using on its own or together with your proven baits with sweet-fruit-spicy base. Super effective in combination with G-8 Pineapple, Compot NHDC and Purple Plum. Year round effective but comes to its own in winter and summer months. 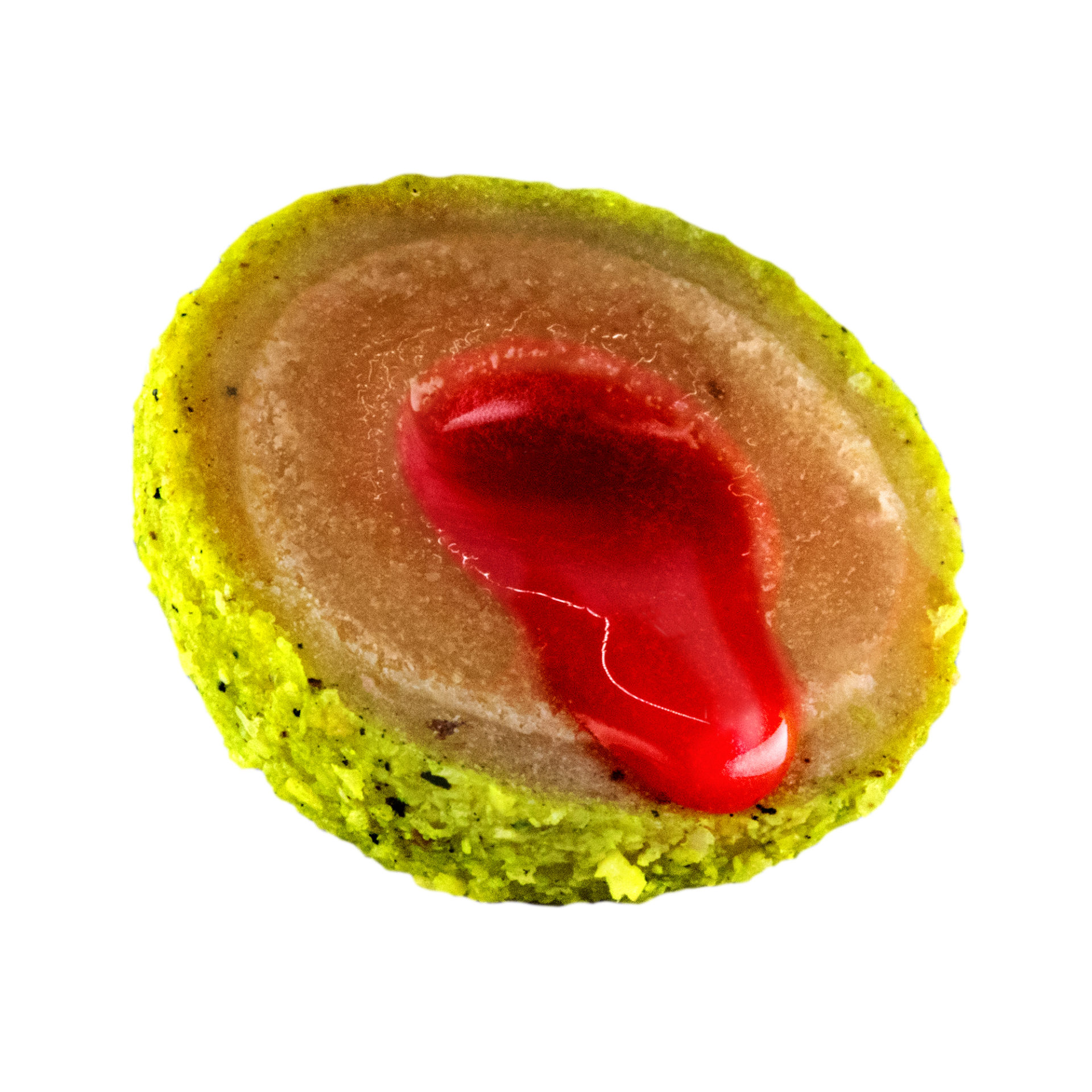 nobody knows why but pepper is historically and statistically the best spicy attractor ever. Thanks to our special technologies we can apply extracts of the finest pepper varieties into our baits. While field testing, we were astonished by carps cracking one by one our NUTRIGO Peper balls to enjoy the hot liquid heart dissolved in All Amino Nutric. Incredible combination!

We recommend using on its own or together with your proven baits with meat-fish-spicy base. Super effective in combination with Peperin, Chilli Squid and Sea Food. Catches trophy carps all year round! 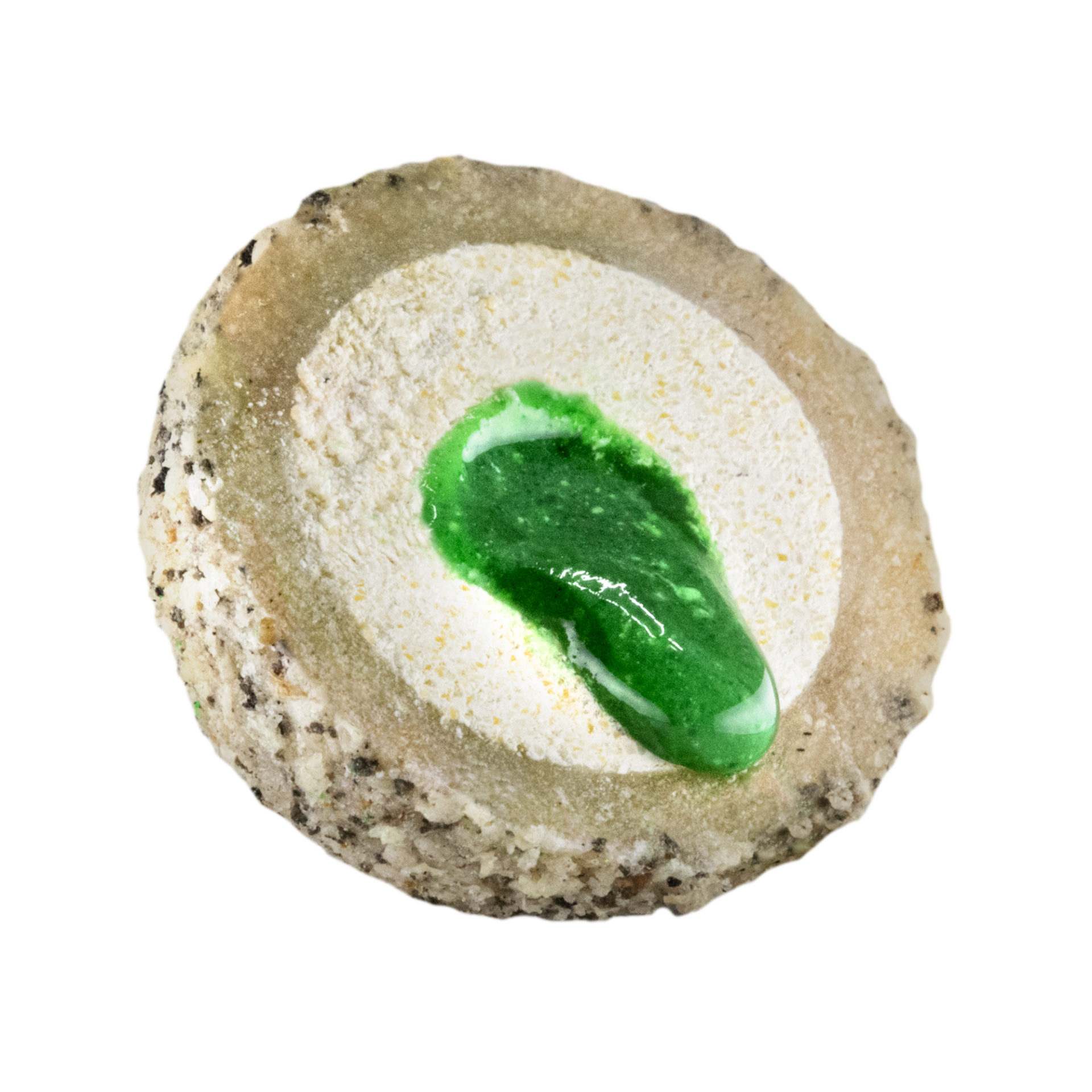 carps love all the stone fruits fallen into the water from the trees on the banks. They are the natural food source for carps. We used their pulling power in our baits and transformed them into catching bombs! NUTRIGO Plumberry contains the plum stone oil, cold-treated with adorable almond-marzipan smell. The oil concentrate contained in one bait equals one kilogram of plum stones! In combination with other extracts and ingredients, the NUTRIGO Plumberry is an irresistible bait for both carps and grass carps.

We recommend using on its own or together with your proven baits with meat-fish-spicy base. Super effective in combination with Purple Plum ana Wild Strawberry. Year round effective! 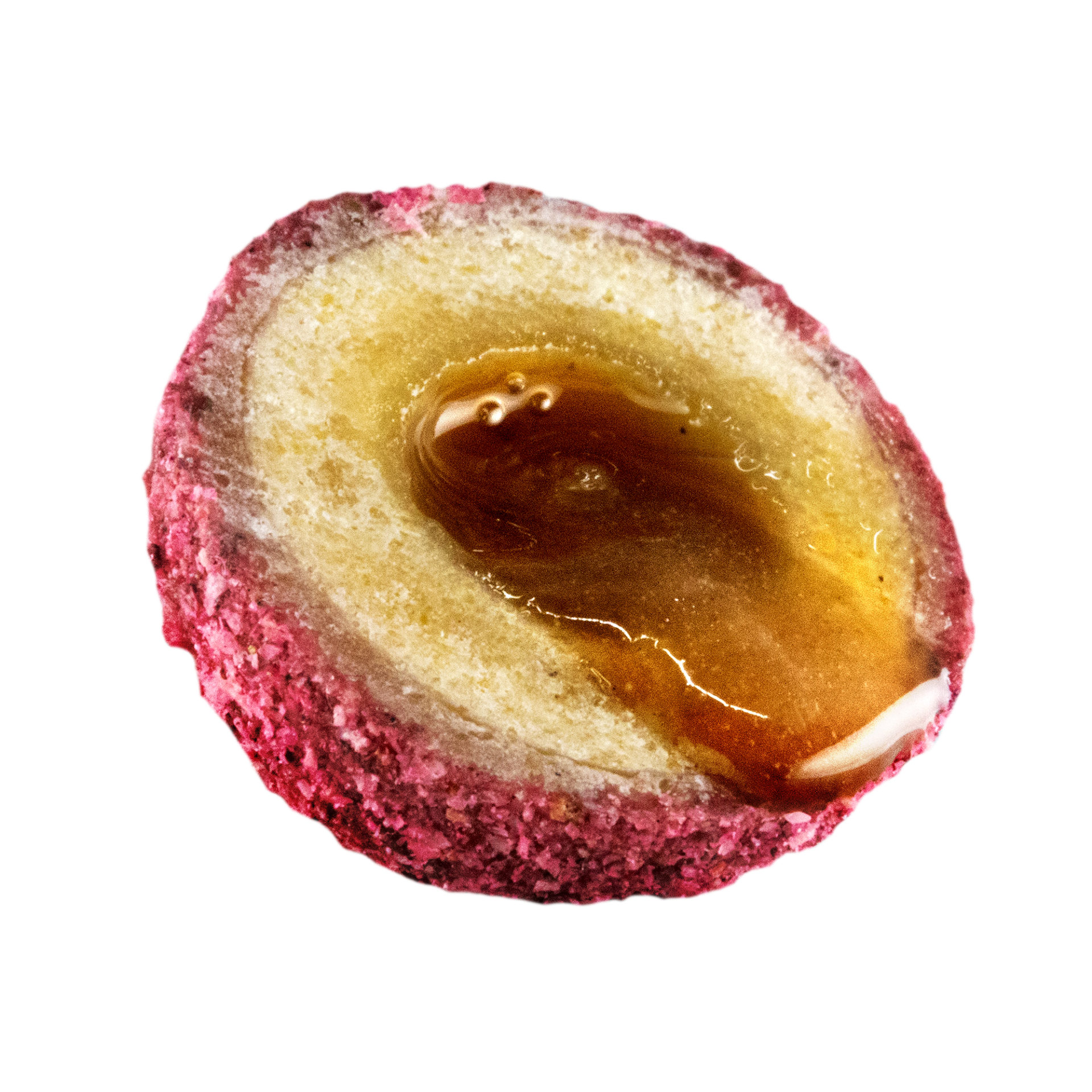 features delicate, discreet natural flavour of plankton enhanced with the extract of Cyclopoids and Cladocera dissolved in the infusion of benthic organisms living both in fresh water and ocean. Yes, that is NUTRIGO Plankton! The bait with extreme natural pulling power from far and away into your swim. The fist choice for venues with many blue mussels, snails, mussels and other organisms living on the lakebed.

We recommend using on its own or together with your proven baits with meat-fish-spicy base. Super effective in combination with Peperin, Mussel and Nutric Acid. Year round effective! 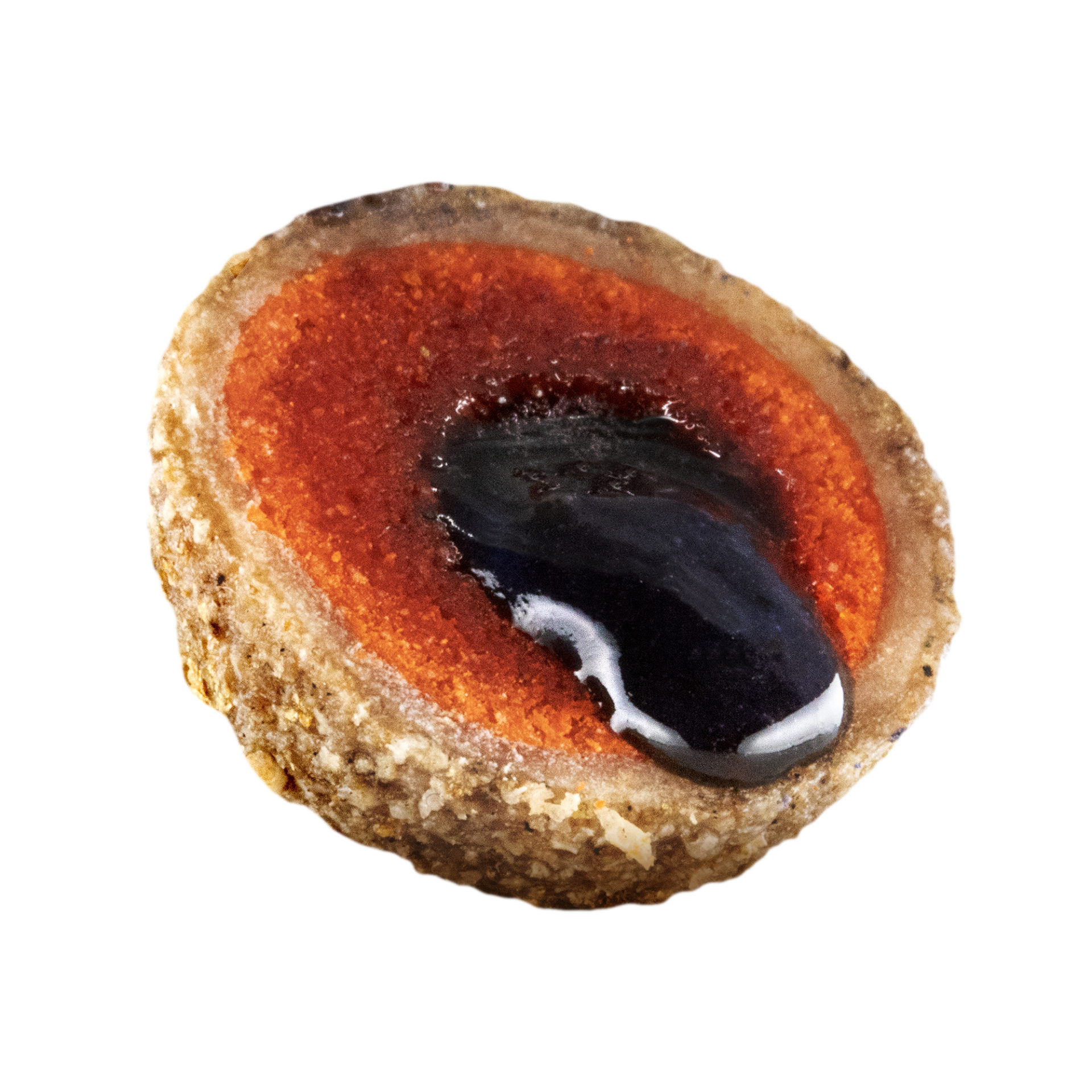 THE NEW DIMENSION OF BAITS 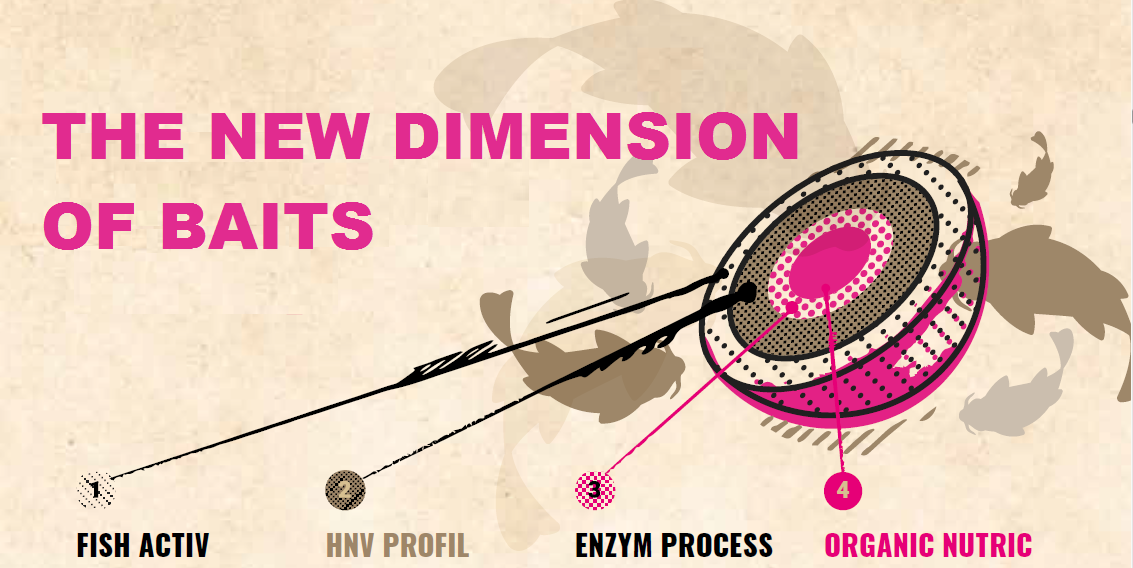 FISH ACTIV  – The outer layer of Nutrigo activates immediately after thrown into the water, begins to change the chemical signal around the bait and releases food signals about nutritional rich food source into a wide surrounding. In addition to natural ingredients, a special mixture of amino acids is used in the Fish Activ layer, which together with attractors activates smell and taste cells of the fish.

HNV PROFILE – Specially balanced nutritional layer, which is gradually released into the water environment, forms a solid core of Nutrigo and mainly creates an integral part of the enzymatic process. Depending on the type, the HNV profile consists only from the best ingredients, such as milk proteins, benthos, plankton, herb extracts, fish extracts and carbohydrates.

ENZYM PROCESS – A thin layer, which starts to react only after a certain period of maturing and creates an enzymatic reaction inside Nutrigo, triggering a natural signal that the fish know very well from the natural environment and that the fish perceive as an easily available nutritionally rich food. Maximally speeds up the digestion process and activates fish for repeated feeding with Nutrigo.

ORGANIC NUTRIC – Liquid core made from natural substances that the fish excite through natural taste and smell perception. Organic Nutric is slowly released from the bait, making the Nutrigo attractive for a very long time. After intake of the Nutrigo by the fish (disruption of the existing layers), the signal is instantly released and activates all fish in the area. 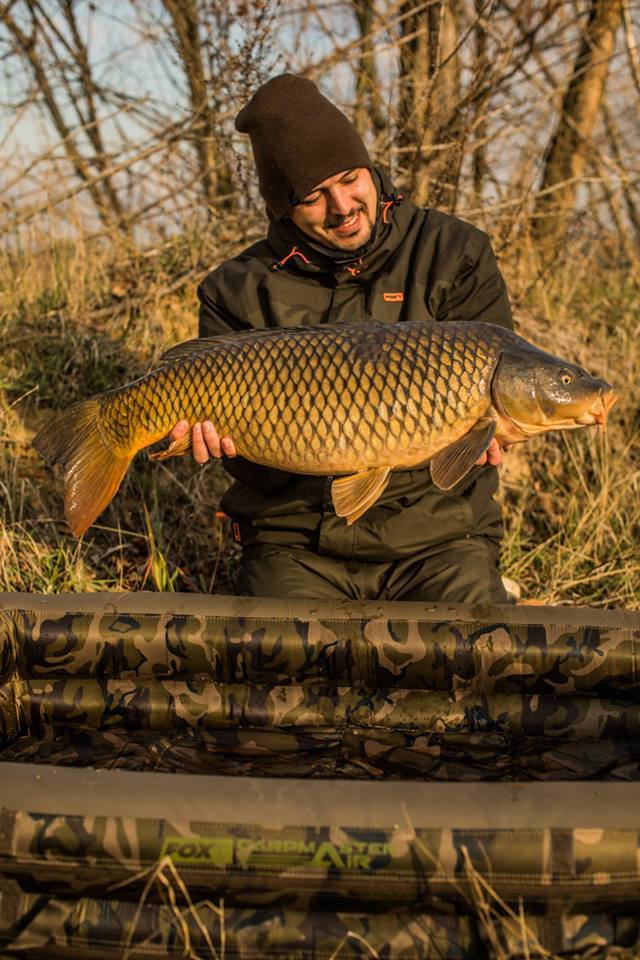 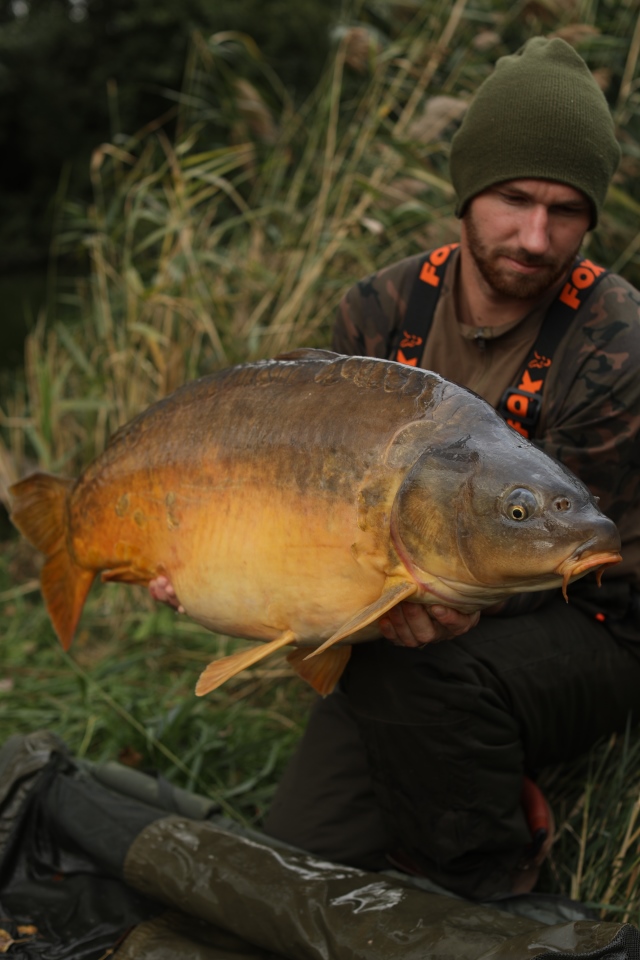 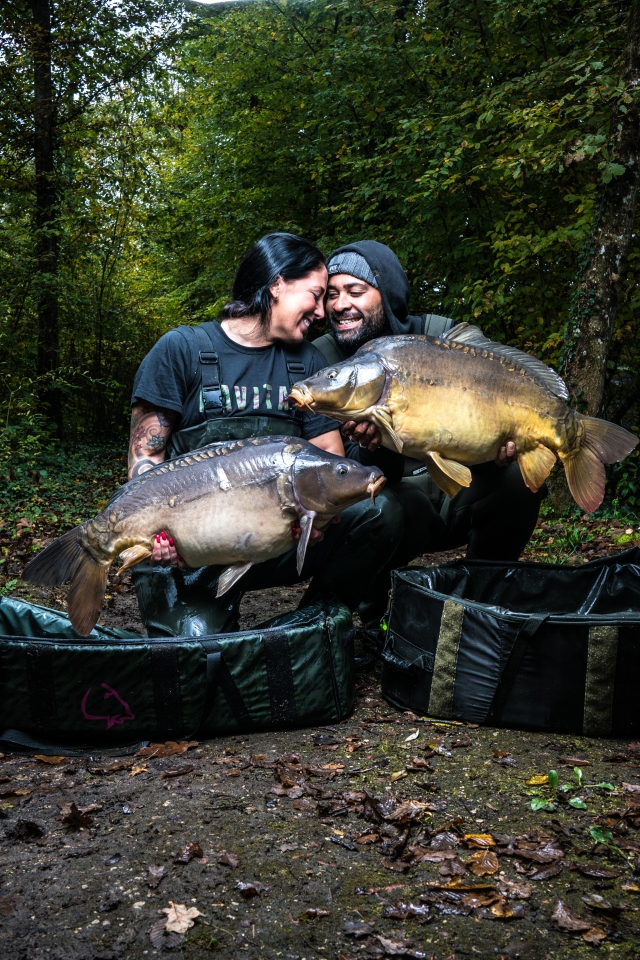